Three weeks ago I was invited to participate to the Consumer Electronic Show in Las Vegas and I had a really enthralling panel discussion about the benefits, challenges and opportunities of IoT with Alan Davidson (U.S. Department of Commerce), Daniel Castro (Information Technology and Innovation Foundation), Jeff Brueggeman (AT&T), Bridget Karlin (Intel Corp) and John Godfrey (Samsung Electronics America). Here are the main ideas I developed on that occasion.

IoT is changing the scale of information that can be gathered. It is not only an incremental increase in connectivity but an exponential one. What is at stake is no less than scanning the whole world. In other words, IoT will drive big data to huge data and almost full data.

Why is it so important? Because it makes IoT a key enabler of the next digital waves of innovation.

Let us take the example of artificial intelligence (AI). The tons of data that IoT is going to provide will help a lot to train machine learning and especially deep learning algorithms, allowing AI technologies to improve much faster and to reach a very broader range of applications. And there is actually a virtuous circle here, because improving AI will make IoT more relevant thanks to autonomous devices able to select and report more relevant information. So more IoT gets to more AI and conversely.

I mention AI because AI is not only a game changer. It is the ultimate goal of the informational age, following Turing, Shanon and others. IoT is like Excalibur in the Graal quest of the digital age. So the way IoT develops is critical for the future.

Regulators have a role to play in the market shaping

As a regulator in charge of the market shaping in the telecom sector in my country, I have to be clear about the kind of market organisation that I want to promote, in the very specific context of a fast innovative technology and a worldwide market.

To that purpose, we have been driving in France a consultation process during almost one year with all the stakeholders involved - all technologies, device manufacturers, network operators, users from many verticals, players in place and challengers, etc. We issued a white paper that has just been published in English. And we did this report jointly with French administrations in charge of privacy, cybersecurity, competitiveness and frequencies, in order to have a comprehensive 360° view of IoT public policy questions and prevent contradictions. 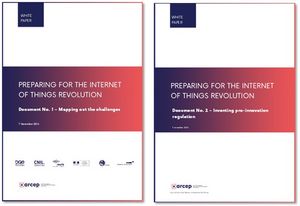 At the European level, Berec, the European body of telecom regulators, has issued last year a report on IoT setting a common grid of analysis and assessing potential regulatory needs. In order go further on that decisive topic - well identified as such by Berec since 2012 - it will organize a webcasted workshop on 1 February 2017.

Europe can be back in Tech thanks to IoT

Social benefits of IoT are tremendous and I won't list them. What I want to underline, is that IoT is also a key issue for the competitiveness of the European continent. Europe has great telecom networks and industries. But we have been lagging behind in the age of smartphones and platforms. IoT is thus a real opportunity for Europe to come back at the front edge of the Tech sector.

That context reinforces the importance that, we, as regulators, should give to the question of market shaping and especially the opportunity for new entrants, with new models and technologies, to be really part of it. To some extent, IoT could be a second wave of opening the telecom market to competition. We should not underestimate this challenge, even if the tools will obviously be very different from those used to open the telephony market in the late 90's.

Pro-innovation regulation means to give the power to entrepreneurs

IoT will be a true revolution in the telecom ecosystem. Radio technologies, chipsets, sensors and devices, backhauling, data management, security, operating systems, everything is being challenged. IoT could be a completely different story than the mobile one, especially as regards business models (B2C and even more B2B). In such a complex context, it's my belief that solutions will come from entrepreneurs and startups, not mainly from incumbent players... and even less from regulators.

Our role should then be, first, to open the doors and give a chance to any entrepreneurial project, listen to "low signals" and not only to traditional stakeholders, and every time we can, lower barriers to entry. This can concretely mean, among others: promote unlicensed spectrum, mandate access to existing infrastructure like poles, or allow experimentations through regulatory "sand boxes".

Trust will obviously be an important factor for IoT's take off. Cyber-attacks, violation of privacy, interoperability headaches: we all agree about the plagues we want to avoid. But here again, entrepreneurs will play a critical part and find solutions "by design"... provided we let them do so!

There are two ways to face innovation: fear or hope.

Pro-innovation regulation is about understanding the complexity and live with it. It's about sharing the responsibilities, by empowering stakeholders and learning from them. It is sometimes about doing... nothing :) but, importantly, also explain why. It's about letting go, accepting the bazar and forget about the cathedral. It's about keeping eyes open, for sure on threats but even more so on opportunities. Pro-innovation regulation is definitely about hope. 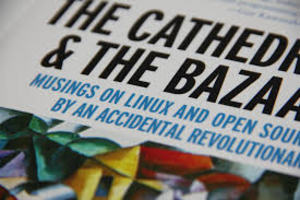 NB : Two members of the french parliament, Corinne Erhel and Laure de la Raudière, also issued on January 10th a report on the internet of Things, available in French.